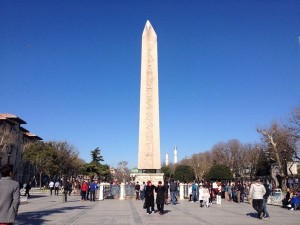 The Hippodrome was built by the Romans in about 200 AD. It was the center of life in Byzantine Constantinople for over 1,000 years and of Ottoman life in Istanbul for over 400 years. It was also the center of numerous political and civil battles, some brutal.

Very little of the Hippodrome survives today, and the area is now a large park adjacent to the Blue Mosque. Emperor Constantine once lined the Hippodrome with large columns, but only three survive in the park. The oldest remaining column is called the Egyptian Obelisk, which was built in Egypt in 1500 BC, and once stood in Luxor before Constantine brought it to his city. Next to the Egyptian Obelisk is the spiral Serpentine Column, dating back to 479 BC. It was brought to Istanbul from Delphi, and originally consisted of three intertwined serpents supporting a large cauldron. The third remaining column stands over 100 feet high and is called the Column of Constantine Porphyrogenitus. Not much is known about this unadorned column other than that it was once covered in bronze before being looted by the Crusaders. 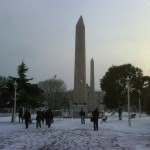 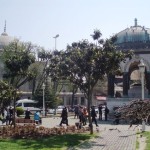 Search A to Z